History Of SHEEPLE Part I: How the Theme & Story Came Together

Home / History Of SHEEPLE Part I: How the Theme & Story Came Together

A lot of people have asked me how I came up with SHEEPLE.  With the birthing of creative endeavors, there's often an interesting birthing story.  SHEEPLE is no exception... 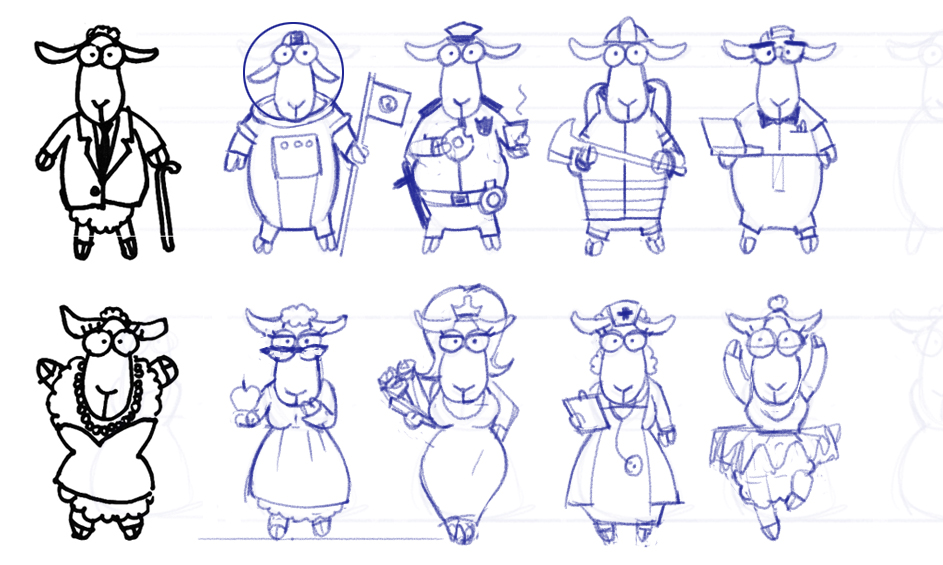 Part I: The SHEEPLE-Topia  (How the Theme & Story Came Together)

During the holiday season of 2010, while visiting Ryan Hennings, a lifelong friend, fellow programmer, and co-creator of various video games and card games... I was visiting his family, we got a little bored, and we figured we should play a game together with his family.  (I have found, boredom often inspires creativity.)  We decided to challenge ourselves by creating our first party game.  In the first version, called Go Bananas, each player would list 5 items, then compare answers, and score points based on how their items matched with other players. 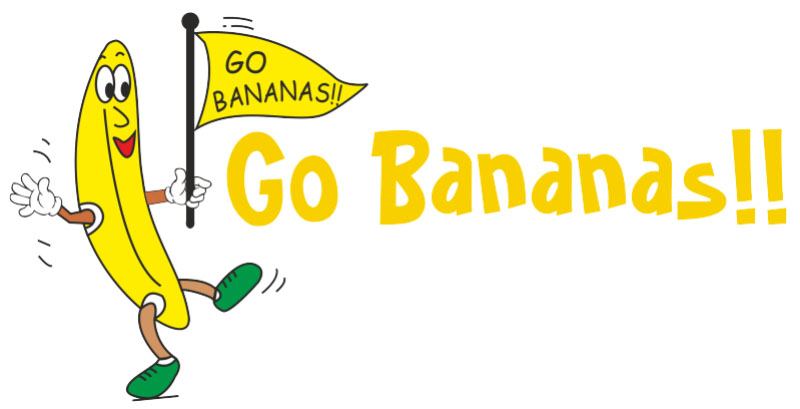 After the trip, I found the gameplay benefited by allowing a player to write down unlimited items, rewarding matching items just two players got with double points, and I gave the game a logical party game name: What Were You Thinking?  To my dismay, I found out that a game namedWhat Were You Thinking?, which was similar to Go Bananas, had already been invented by the famous designer of Magic: The Gathering, Richard Garfield (though it was now out of print).  So on the plus side, I was thinking along the same lines as one of the greatest game designers of all time.  On the minus side, I had to come up with a new name for my game. 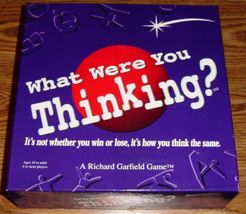 I needed a way to tweak my game, and found inspiration from the book I was reading at the time, Animal Farm, by George Orwell.  While Animal Farm is a sad, dystopian book about an animal-led Communist revolution gone wrong, the idea of animals walking on two feet inspired me.

I was also researching various conspiracy theories at the time.  "Sheeple" is normally a nonfavorable term for people who act like sheep; who are docile, compliant, or easily influenced, and do not think for themselves.  However, spun the other way, "Sheeple" could also mean sheep who are trying to become more civilized and people-like, a positive.  It would be a great way to theme a game about thinking like others.  Some sheep puns could even be thrown in there for good measure.

SHEEPLE has been a labor of love for 7.5 years, I'm proud to announce that it will be available to purchase via Kickstarter soon, it's launching October 23, 2018.  I'd really appreciate it if you would check it out: 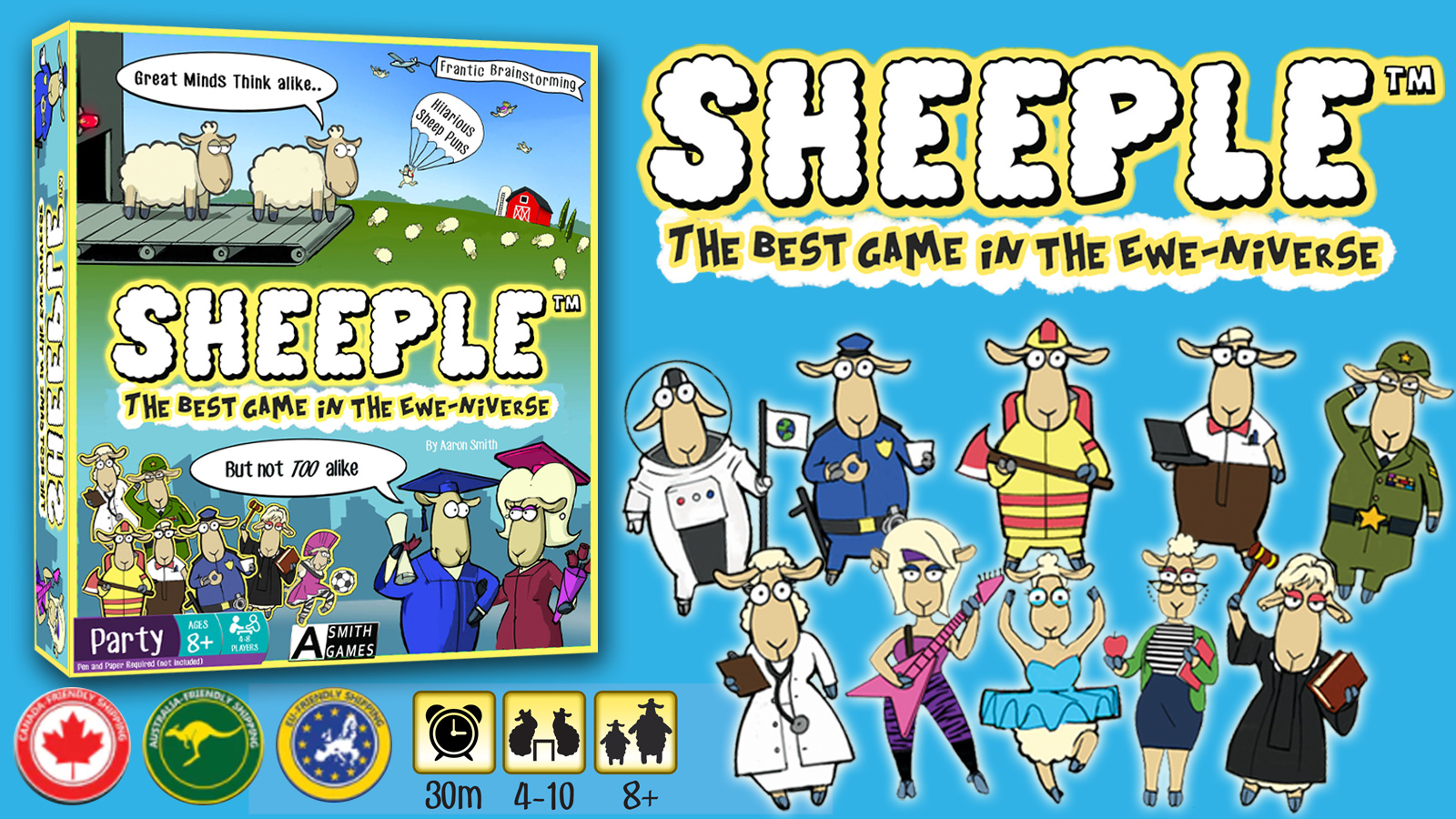 Next week: Find out how the art and categories came together.

The following week: I'll give you a behind-the-scenes look into how the game prototype was designed and crafted.

After that: Unleasing Your Inner Creative Genius.  I'll explain a step-by-step guide to being creative.  There's a method behind the madness.

After that: Entrepreneurial journey: A deep dive into what the Kickstarter process is like.

After that: Business 101: I'll share some small business tips and tricks.

1 comment on “History Of SHEEPLE Part I: How the Theme & Story Came Together”